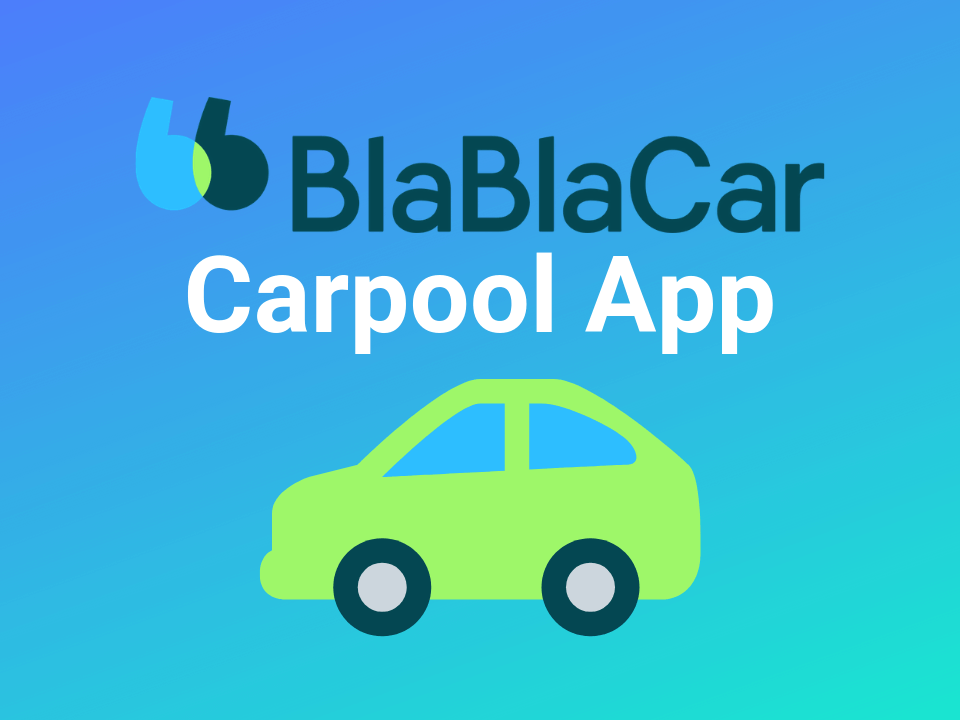 While you have rentable electric scooters and Uber to get around a city, what if you need to travel to another city? Introducing BlaBlaCar — yet another addition to the sharing economy.

This long distance carpooling app allows passengers to buy a seat in a driver’s personal vehicle for a longer distance trip between cities. While the cost of a driver’s trip is offset by payment from the rider(s), an otherwise empty car is filled with passengers who need to get to the same destination as the driver.

BlaBlaCar is named as such based on a feature in the rideshare app that allows members to indicate how talkative they are on a scale from “Bla” to “BlaBlaBla”.

I used this carpooling app for the first time during my two weeks in Spain in 2019. Here is some info about the ride share app and my hugely positive review of BlaBlaCar.

BlaBlaCar is a carpool and rideshare app that connects drivers and passengers. Drivers post the date and time of their road trip between cities, and riders sign up for a seat.

Riders are able to get to their destination for a price that is typically less than the cost of public transportation on a bus or train. At the same time, the cost of a driver’s trip (gas, tolls, etc.) is essentially paid for. In fact a driver can actually make a small profit for some trips with a fully booked car.

However, BlaBlaCar does cap what a driver can charge passengers in an attempt to prevent drivers from making too much of a profit. At the same time, BlaBlaCar takes 12% from each transaction as its commission.

In the end, it’s a win-win for everyone:  the driver gets paid for a trip that otherwise would have cost him money, the passengers get to their destination for cheap, and carbon emissions are reduced.

Headquartered in Paris, France, BlaBlaCar was founded in 2006 and is now valued at well over $1 billion.

History of the Carpool App

The idea for the BlaBlaCar rideshare app was born in 2003 when founder Frédéric Mazzella, then 27, needed to travel 500km home from Paris for Christmas. All the trains were booked, so Mazzella convinced his sister to take a massive detour to pick him up.

On the way home from the window of his sister’s car, Mazzella saw the fully booked train that he should have been on. Mazzella contrasted this to the dozens of cars on the road with him, most of which were empty except for the driver.

At that moment, Mazzella had a revelation… there was a way home, it just wasn’t on the train.

Over the next decade and a half, Mazzella and his team of now 600+ employees built and improved the rideshare website and app. Today, over 70 million members across 22 countries use BlaBlaCar.

Trust and Reputation in the Sharing Economy

One of the biggest challenges of building a ride share app is trust. Back in the day, it was okay to hitchhike, but it’s a different world today.

It’s for that reason that BlaBlaCar has worked hard at incorporating trust into its app.

The 5 star rating system that allows passengers to rate the driver is only the beginning. In addition, a driver must upload a photo and verify their phone number. The driver also has the option to link their social media accounts to their profile.

The BlaBlaCar app also reports on the driver’s driving history. This includes quantifying his or her driving skill based on feedback from the passengers.

This rating system gives the driver a certain reputation. When looking for a ride in the app, potential passengers can filter out drivers with subpar ratings or driving skills.

Where Is BlaBlaCar Available?

At the time of this writing, BlaBlaCar is mostly available in Europe. Outside of that, this ride sharing app exists in India, Russia, Mexico, and Brazil.

Unfortunately, BlaBlaCar is not available in the United States. There is no mention on the BlaBlaCar website to expand to the USA anytime soon.

If you are in a location where BlaBlaCar is available, you may find the option to book a BlaBlaCar right from Google Maps under the public transportation tab. As you can see below, BlaBlaCar is the cheaper and quicker option from Madrid to Valencia. 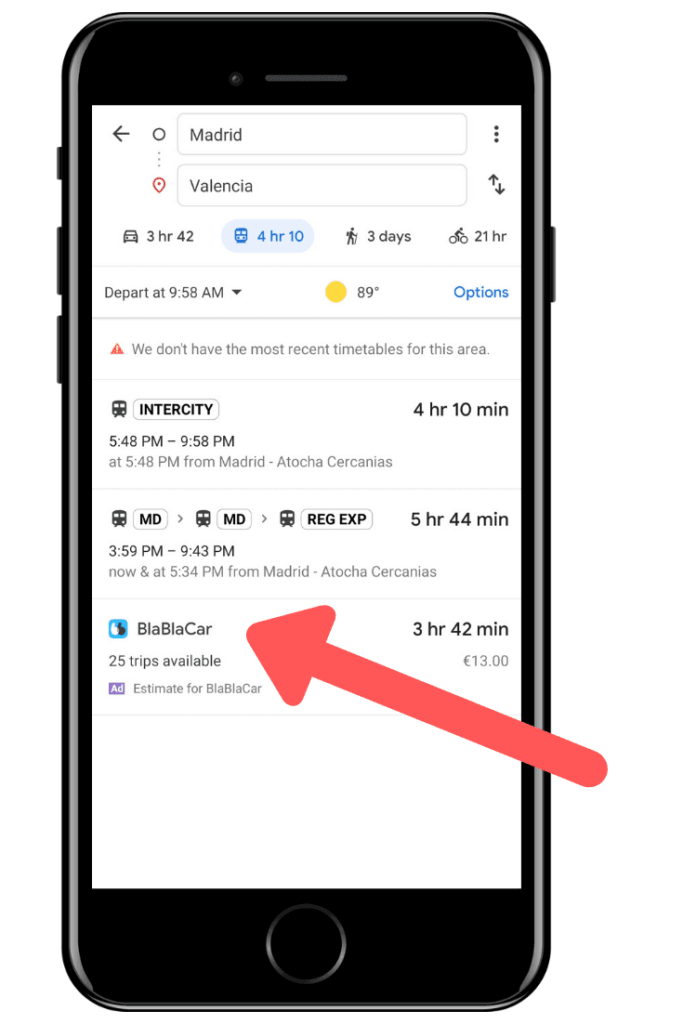 As I typically am, I was quite skeptical of BlaBlaCar when I was first introduced to it in Spain. My friend suggested that we use BlaBlaCar to travel five hours to the north coast instead of taking Flixbus. I mean, I was in a foreign country where I couldn’t speak the language, and I was considering having some stranger drive me hundreds of miles across the country.

Nevertheless, I did my due diligence and reviewed the BlaBlaCar app with a fine-toothed comb. I had to admit that I liked what I saw.

Best of all, we got to our destinations in less much time than it a route with multiple Flixbus transfers.

My first trip with BlaBlaCar was fantastic. My friend and I stat in the back seat of a van with the driver’s 4 year old son. The driver and his son spoke English, so communication wasn’t a problem. In fact, I ended up having a blast meeting them and playing games with the son.

In all, I used BlaBlaCar four times in Spain—Madrid to Gijón, Gijón to Zaragoza, Zaragoza to Valencia, and Valencia to Gandia—a total of over 14 hours and close to 1,500 kilometers.

Each trip with BlaBlaCar was a bit different. Some of the drivers were “BlaBlaBla” i.e. very talkative while others were just “Bla”.

In any case, I really, really liked using BlaBlaCar. I absolutely hope they choose to come to the United States one day soon.

Have you ever used BlaBlaCar? What was your experience? Let me know in the comments below.