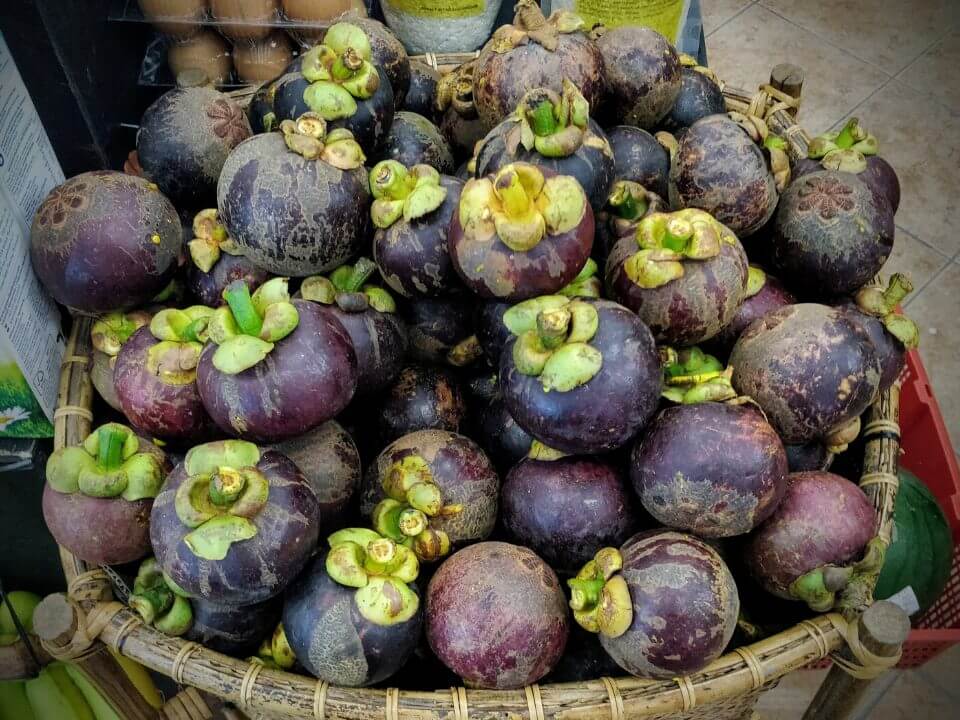 Mangosteen is hands down my favorite fruit on planet earth. This sweet, delicate tropical fruit seriously tastes like candy.

Only problem is that mangosteen only grows well in the tropics. Unfortunately, not one inch of the US lies in the tropics. But this tropical fruit can be imported, right?

This post will explain where you can get mangosteen in the US and how much they cost.

Where to Buy Mangosteen in the States

While Mangosteen are native to Southeast Asia, they are also available in other tropical regions around the world. I was able to easily buy this fruit in Laos, Thailand, and Indonesia at supermarkets and from street vendors alike.

On overage in Asia, mangosteen sell for less than $1 USD per kilogram which equates to $0.87 per 2.2 pounds, or let’s just say $0.40 per pound. Contrast this to the cost to buy mangosteen in the United States which I saw for $2.49 per fruit!

Yes, you can buy mangosteen in the US. Here is a list of places in the United States where I was able to buy them.

In October 2021, I was able to buy mangosteen in the US at Sprouts, but at a significant price premium. A single individual fruit cost $2.49.

The PLU code (produce code) on the mangosteen was 3024 and the sticker indicated that the fruit was grown in Mexico.

Also on the sticker was the name of the name of the distributor:  Melissa’s Produce. A quick search on the company’s website reveals that you can order mangosteen online when in-season which is from May to September.

One important note about the quality of the mangosteen that I bought from Sprouts. Most were hard as a rock. I tried to pick softer ones as you can typically squeeze the fruit to expose the edible white flesh inside, but pretty much the entire stock was like this.

The information in this post is by no means comprehensive. Aside from Sprouts, there are probably other speciality grocery stores and international supermarkets sell this tropical fruit too.

Were you able to buy mangosteen in the United States? If so, let us know below where else we can find them!

Can You Buy Mangosteen in Canada?

Yes! Calgary is a very international city in Alberta, Canada. As a result, there are numerous Asian and international grocery stores, some of which sell mangosteen.

Here are places where I was able to buy mangosteen in Canada.

If you like mangosteen, then you probably also like rambutan which can also be bought in the US and Canada.

1 thought on “Can You Buy Mangosteen in the US?”