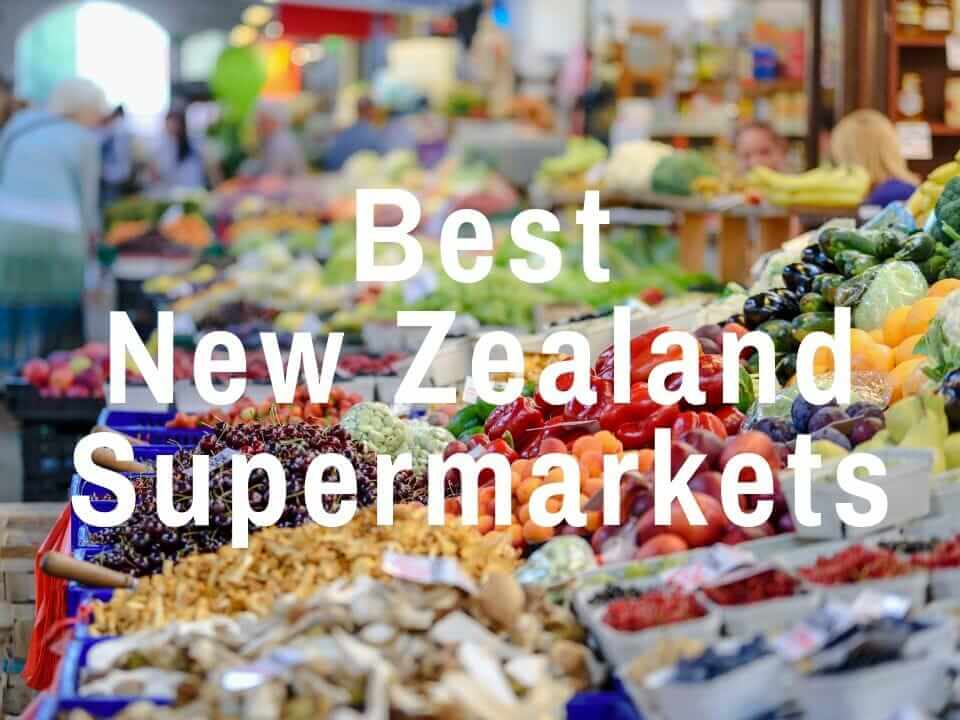 In no particular order, here is a list of the best New Zealand grocery stores and supermarkets.

In 1981, the first Countdown store opened in Christchurch. Today, over 184 Countdown grocery stores exist across New Zealand. Owned by Woolworths New Zealand and headquartered in Auckland, Countdown employs over 18,500 New Zealanders. Countdown serves more than 2.5 million New Zealanders every week with over 20,000 different products in each of their stores.

In 1924, the first Four Square supermarket opened. Today, there are more than 240 stores across New Zealand with additional locations in Australia. The name for the grocery store originated when Heaton Barker drew a square around the 4 on his calendar on July 4, 1924. In addition, Barker states that the grocery store “would stand ‘Four Square’ to all the winds that blew”. Similar to Pak’nSave and New World, Four Square is also owned by Foodstuffs.

The first SuperValue opened in Opawa, Christchurch in 1964. Today, SuperValue has over 41 locally owned and operated supermarkets in New Zealand. Woolworths New Zealand also owns SuperValue, just like Countdown and FreshChoice. SuperValue was originally spelled without an ‘e’ like SuperValu, but customers disliked this, so the ‘e’ was tacked back on the end.

As you can see, parent companies Foodstuffs and Woolworths New Zealand dominate the New Zealand grocery store industry. While Pak’nSave is the cheapest supermarket in New Zealand, Four Square has by far the most locations.

Similarly, I also wrote a post about the best supermarkets in Australia which you may be interested in.

What is your favorite New Zealand grocery store? Let me know in the comments below.