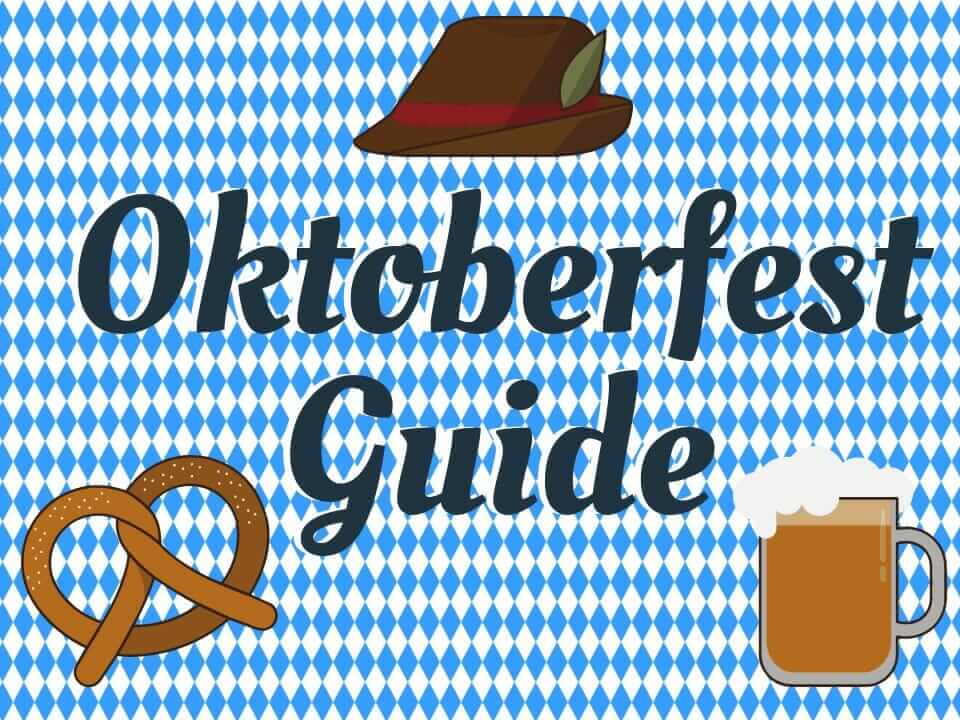 I’ll admit, I was intimidated to attend Oktoberfest in Munich as a solo backpacker from the United States of America. Not that I thought Oktoberfest was unsafe or that I wouldn’t have a good time.  I just had a ton of unanswered questions racing through my mind:

This Oktoberfest blog post is a non-comprehensive guide for attending Oktoberfest as a solo American backpacker.  First of all, relax and don’t sweat it.  Oktoberfest is a blast and you’ll love every minute of it!

Oktoberfest is located southwest of the city of Munich at a fairgrounds called Theresienwiese. The area is named after Princess Therese of Saxe-Hildburghausen who was married there on October 12, 1810.  Ever year since then, the Oktoberfest festival is celebrated at that location to commemorate this wedding.

Wether you are staying in downtown Munich or are arriving by train to the Munich Hauptbahnhof train station, painted Oktoberfest signs on the sidewalk will guide you on your 15 minute walk from the train station to Theresienwiese.  As far as I know, these Oktoberfest sidewalk directions remain there year-round.

Do You Have to Dress Up for Oktoberfest? 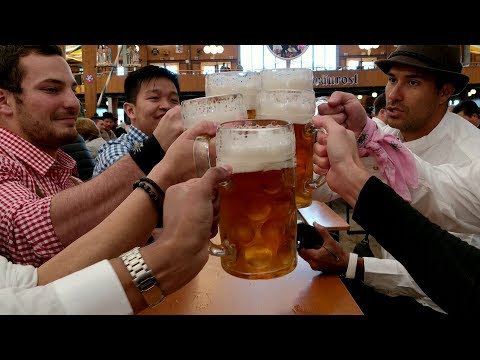 Traditional Oktoberfest clothes are lederhosen for guys and dirndls for girls.  At a local Munich department store, I saw an authentic pair of lederhosen shorts selling for over €200.  Let me reiterate that price was for just the shorts!  If interested, you can get knockoff lederhosen for much cheaper online or at some shops around Munich upon your arrival.

In any case, choosing not to dress up for Oktoberfest is quite alright.  Nobody is going to judge you for not dressing up.  As a budget backpacker, I could not justify spending extra money on lederhosen that I would only wear for a few days and then have to carry around with me for the rest of my trip.  So I decided to attend Oktoberfest in my everyday clothes.

How Much Does Oktoberfest Cost?

Oktoberfest is expensive!  I spent close to €75 each day that I attended Oktoberfest.

Beer is served by the liter and averages €12, but with a customary tip for the waitress, it ends up being closer to €15 for a beer.  Food inside the tents is expensive as well.  I ate two meals at Oktoberfest which set me back close to €20 each meal.

Not only is Oktoberfest itself expensive, but lodging in Munich during Oktoberfest is also expensive.  I stayed at The 4You Youth Hostel in Munich, and my bed in a 6 person mixed dorm cost me an outrageous €61 per night.  Talk about price gouging.

I consider myself a budget backpacker, but I definitely let loose for Oktoberfest.  If I would do Oktoberfest again on a budget, I would enjoy some cheap beer before heading to the festival, limit my beer consumption in the tents, and stick to cheap but tasty wurst and pretzels outside the tents which you can get for under €5 a piece.

As for cheap lodging at Oktoberfest, I’m afraid I don’t have a good solution.  I do know that there are some cheap campgrounds around Munich if you book well in advance.

How Many Tents at Oktoberfest?

There are 14 main tents at Oktoberfest in Munich.  Some of these big tents have a capacity of that exceeds 10,000 seats.  Due to time constraints and my limited drinking ability, I was only able to drink inside 5 of the 14 Oktoberfest tents.

There are quite a few small tents too, although I did not visit any of these.  One big tent that I didn’t get a chance to go in, but is probably the most famous Oktoberfest tent, is the Hofbräu Tent by the Hofbräu München Brewery.  This tent was packed at all times throughout the day.  The trick to drinking inside this tent, or any popular big tent, is to get there early when the Oktoberfest gates open, preferably on a weekday.

How Big is Oktoberfest?

More than 7 million people attend Oktoberfest over the course of the 16ish day festival.  The grounds of Theresienwiese span over 100 acres.  The size of Oktoberfest blew my mind.  I expected Oktoberfest to be big, but not that big.

Outside of the Oktoberfest tents, you’ll find a carnival-like atmosphere.  There are a ton of rides, games, and food stands.  This is where you’ll typically see families with children, whereas inside the tents you’ll find Germans and tourists alike drinking liter after liter of beer. 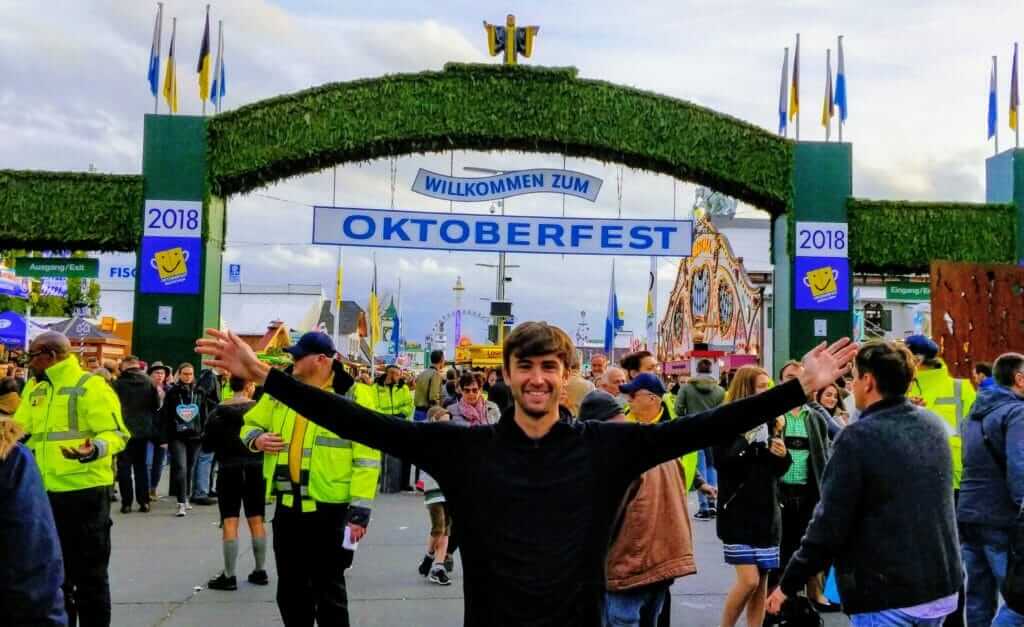 Pin
Planning on attending Oktoberfest?  Great choice—it’s an unforgettable experience!  Honestly, two or three days is more than sufficient to get the Oktoberfest experience.

If you have any other questions about this beer festival, let me know below, and I’ll do my best to answer them.