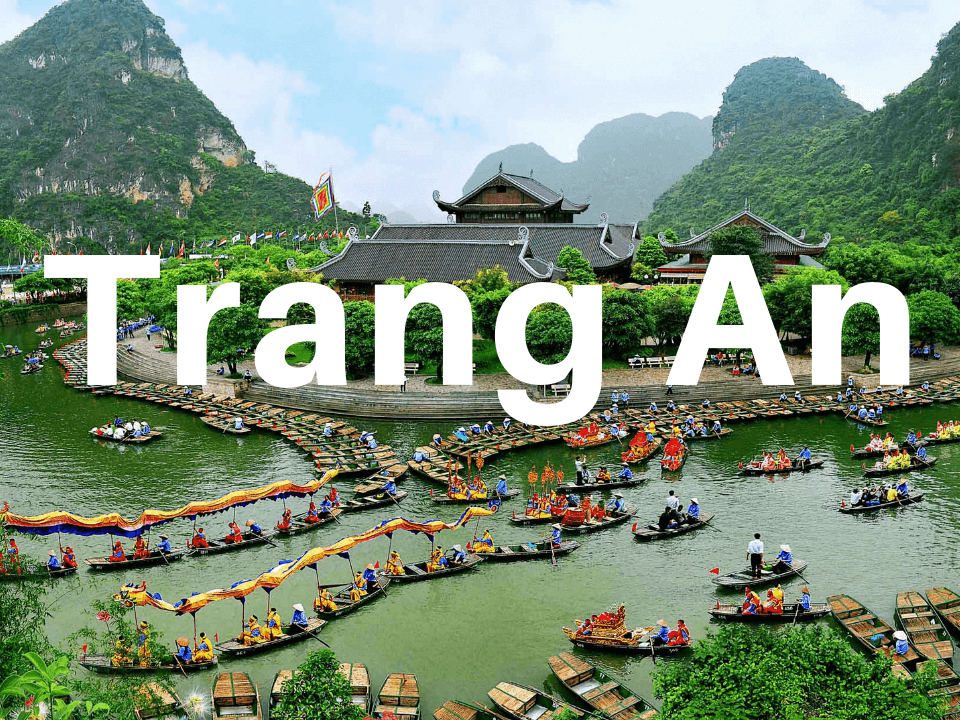 Trang An ecotourism complex, a UNESCO World Heritage Site, is a fantastic way to experience the natural beauty that Northern Vietnam has to offer. Located less than 6 km from nearby Ninh Binh and around 100 km from Hanoi, the Trang An boat tour has become a popular destination for tourists from around the world. Avoid the tourist trap that Tam Coc has become and visit Trang An instead.

Learn about the different rowing boat route options available at Trang An and my recommendation as to which is the best.

Although you’ll get to see the towering limestone mountains and majestic caves no matter which boat ride you choose to do at Trang An, not all routes are created equal—except for the price and duration. All Tang An boat routes cost 200,000 VND per person or just under $9 USD and last approximately 3 hours. Children under 1 meter are half price or 100,000 VND.

After a logical process of elimination, I ended up choosing to embark on Route 3 in Trang An. While we’ll look at what each route has to offer below, I landed on Route 3 because it not only boasted the longest cave of 1 km long in all of Trang An, but it also stopped at Kong Skull Island which is the filming location for the 2017 King Kong movie.

Most people who choose Trang An Route 1 do so because you visit the largest number of caves—nine in total. While you visit nine caves on Route 1, you do not get the chance to visit the longest cave at Trang An which can only be done on Route 3.

Caves on Route 1 include:

All caves on this route are exclusive to Route 1 meaning there is no overlap with Route 2 or 3.

Probably most importantly, Route 1 exclusively stops at the Tran Temple which some consider to be the heart of the Trang An world cultural and natural heritage site.

Bottom line: If you want to maximize your cave experiences and time in the row boat and/or visit the Tran Temple, Route 1 is your best choice.

The caves of Route 2 include:

All caves on Route 2 are exclusive except for the Dai Cave which visitors also boat through on Route 3.

As far as spiritual sites are concerned, Route 2 stops at the Thanh Cao Son Temple, Suoi Tien Temple, and the Hanh Cung Vu Lam spiritual site. At all three of these spiritual sites, you’ll take a step back into time and learn about the history of the Tran Dynasty.

As a bonus that’s not well-advertised, just outside of Dai Cave is the magnificent Vu Lam Royal Step. Although you don’t stop here and just see it from a distance, this man-made structure is a spectacle worth seeing. You also follow this same path from Dai Cave to Hanh Cung Vu Lam and Skull Island on Route 3.

Also similar to Route 3, Dia Linh Mountain and Kim Quy Mountain are among the endless natural beauty that you’ll see on Route 2.

Last but not least, Route 2 also stops at Skull Island which is the filming location for the 2017 King Kong movie.

Bottom line: For a nice balance between stopping at spiritual sites and boating through caves, Route 2 is a good option for you, especially if you are a King Kong fan.

While Route 3 only takes your rowing boat through three caves, one of these caves is Dot Cave—the longest cave in Trang An of 1 kilometer in length. In addition to this, you’ll also boat through Van Cave which is a lengthy 600 meters long.

As a bonus that’s not well-advertised, just outside of Dai Cave is the magnificent Vu Lam Royal Step. Although you don’t stop here and just see it from a distance, this man-made structure is a spectacle worth seeing. You also follow this same path from Dai Cave to Hanh Cung Vu Lam and Skull Island on Route 2.

Similar to Route 2, Dia Linh Mountain and Kim Quy Mountain are among the endless natural beauty that you’ll see on Route 3.

Last but not least, Route 3 also stops at Skull Island which is the filming location for the 2017 King Kong movie.

Bottom line: In order to boat through the longest cave of 1 kilometers long in Trang An, see the King Kong filming location, and visit multiple spiritual sites, Route 3 is perfect for you.

While I initially was leaning towards Route 1 because it sees the most caves, I reasoned with myself and ended up choosing Route 3 because it had the longest cave, Dot Cave, which is 1 kilometer long. In addition, Route 3 also stops at 3 spiritual sites as well as Skull Island.

Although I wasn’t too interested in the history of the spiritual sites, I found them to be stunningly beautiful. Not only was each temple and spiritual site beautiful in it’s own respect, the fact that it was located amongst the sheer limestone cliffs made these sites extra special.

My favorite part was probably Dot Cave which was the longest cave in Trang An. Dot Cave is a total of 1 kilometer long and it takes close to 15 minutes for the paddler to drive through. I went in July 2019, and while it was hot outside the cave, it was even hotter inside. The opposite was true inside Van Cave which had a nice cool breeze for the entire 400 meter length.

In all, I my whole experience at the Trang An landscape complex was peaceful and relaxing. I won’t soon forget the natural beauty that I witnessed on Route 3. I think, regardless of which route you choose, you’ll have a similar experience. 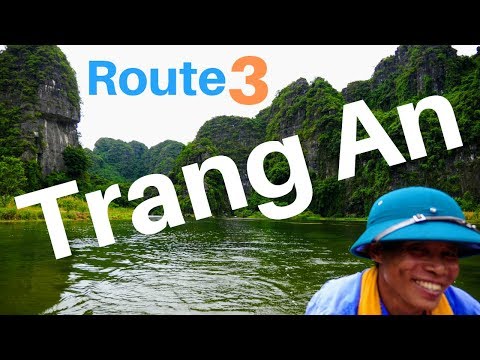 You made it this far! Seems like you’re interested in Vietnam travel. I vlogged my Vietnam travels, so you can watch those videos here on YouTube.

Traveling without spending a fortune is one of my specialities, so go here for some of my best budget travel tips.

Do you have any questions about Trang An, Ninh Binh, or backpacking Vietnam or Southeast Asia in general? Let me know in the comments below.